You Don't Know What You've Lost

Last time around I was in the fire of the cauldron, rather than in the heat of the flames. Thinking about it, literally blows my mind. Is it really five years? The pre-University era, before the real world, I find myself in now. Oh, where did the time go? Sorry, once again I digress. Yes, the threat of blockages at refineries across England and Wales had meant a major shortage of fuel across my local petrol stations. Andrew, as always had filled up the previous week, only to have to drive some two hundred miles to the Midlands at the weekend. No matter, I would have plenty of fuel to last me for the rest of the week. Little did I know that panic buying would ensue, drying most of the local petrol stations in my area. Let me start, somewhere else. On Tuesday morning, as I pulled into the car park at work, my fuel warning light came on. 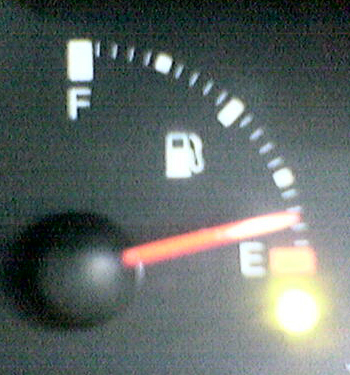 Nothing strange there, I was hoping this incident would have been delayed by a possible twenty four hours, but it did little to make me lose my cool. I was going to see how far I could push my car on the reserves. After all, it was not as if I was traveling a long distant and I do now have the beauty of full RAC membership. What did I have to worry about? As the working day drew to a close, I had an e-mail from a member of the managing committee offering the following advice for the fuel shortages.

You either ignore such messages or take them to heart. Busy as we were (and would be for the rest of the week) I focused on work and let the reality of lack of fuel in my tank, drop to the back of my mind. With the welcomed return of Champions League football to the television schedule, I was keen to watch Chelsea in Europe. Yet, at half time, I drove to my local BP garage (which is nearly one and a half miles away). I am a creature of habit, with the greatest brand loyalty in the world. I only used BP fuel. Pulling up at the small garage, I was surprised by the lack of cars on the forecourt. This only meant bad news, all the hoses were covered up with white plastic bags (obviously run out of official 'out of order signs'). I went to speak to the attendant, someone whom I've come to know over the past two years. "They ran me dry at 2pm today and I don't expect another delivery until tomorrow night". He was surprised at my dedication to travel 18 miles to the next BP station to fill up. I drove home, knowing I would pass at least two other filling stations and the raw desire for fuel meant I had to put away my brand loyalty. (I felt much like Dr. Brown, in his quest for fuel) One was packed with a queue on the main road of two cars. I headed back up the hill to home, there was no way I would be served. I passed an Esso station (technically speaking my local, being only 0.34 miles away) but the lights were on, but no one was home. I rushed home to catch the second (uninspiring) half of the Blues versus Anderlecht. I would drive to die another day.

On Wednesday, I finally filled my car up with fuel (on the way home mind) and I'm sure that I could have got away with driving most of the week without any trouble, but it was not worth risking it. Not in the current climate. While most people were hunting around for the cheapest price at the pump, I put the best juice into the beast, but paid through the nose for such a privilege. 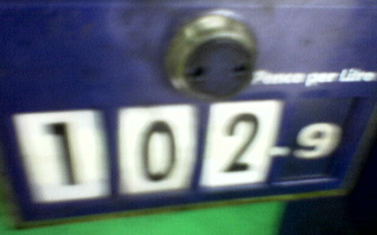 What is the moral of the story? Just like your mother told you to always wear clean underwear, (you never know when there could be an accident!) I'm sure not so far behind, your Dad always said, make sure you have plenty of gasoline. What I find most amusing about this article on BBC News Online, was the same people complaining about the panic fuel purchasing, will have their company Audi A4 on the drive, brimming with fuel. Now I have been part of two protests, the original from September 2005, as a weary eyed petrol assistant, staying onsite over night to help keep the petrol flowing. I'm sure no chief executive over at Royal Dutch Shell Group lost any sleep over it. If anything, they must have noted a true increase in the dividend as they slept. This week, I have noticed how much we as a society rely on petrol and how much it has become a resource we take for granted. Sometimes we should stop and think, there is not an endless supply. Humans in their very nature become complacent after a while. We like our creature comforts. Just a shame, it will take something much bigger than these two recent incidents compared to wake us up from our stupid. When the oil does run out, please leave a message on my blog (I am sure it will be preserved in some shape or form) and let me know what the world is like to leave in. In second thoughts, that is an totally unimaginable place, even for my creative mind, somewhere I never hope to be. For future generations, I wish you good luck. An alternative is needed and not a minute too soon. Meanwhile, we continue to be slaves to the rat race fooling ourselves into thinking that life is actually some adventure!